Zoisite occurs in a number of varieties, the most sought-after being tanzanite, a variety colored sapphire-blue by the presence of vanadium. Tanzanite crystals have distinct pleochriosm, showing either purple, blue or slate-grey depending on the angle they are viewed from. There may also be a slight color change in incandescent light (such as that from a light blub), when stones may appear more violet. A massive green variety of zoisite, containing rubies and occasionally dark horn-blende inclusions, may be polished, carved, or tumbled to make ornaments or an attractive decorative stone. Thulite, a massive, pinkish red variety colored by manganese, is also polished or carved to make small ornaments. Tanzanite has been confused with sapphire, and thulite with rhodonite. Some heating of zoisite varieties may enhance their colour.

Discovered by Baron von Zois in the Sau-Alp mountains of Austria, zoisite was first called saualpite. 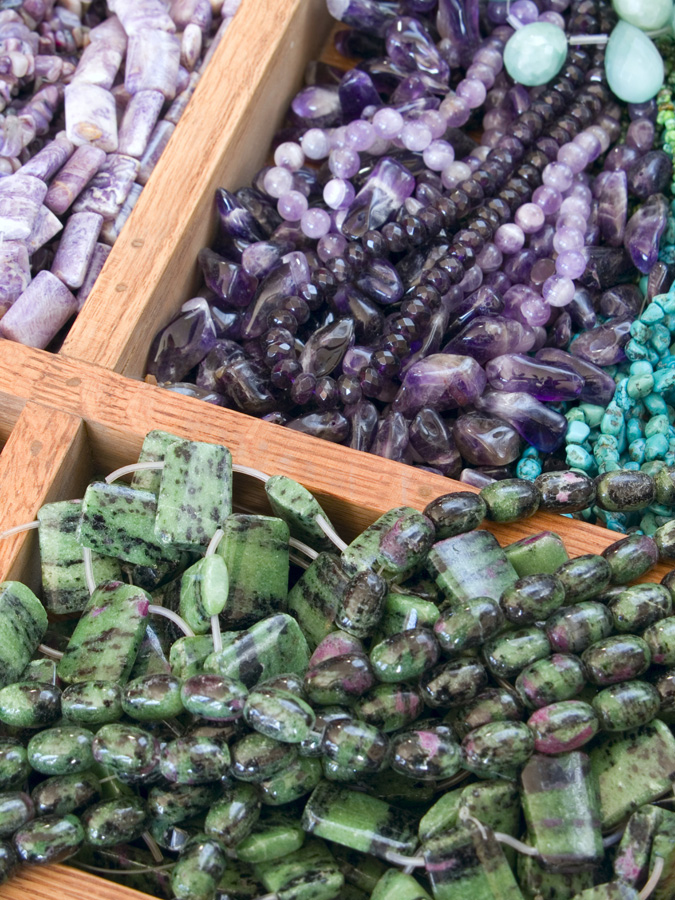