Sodalite is a blue to violet blue colored gemstones sourced from Norway, U.S.A., and India; used as cabochons and beads in jewelry.

Sodalite, whose name reflects its sodium content is a major constituent of the rock lapis lazuli, so the two are easily confused. However, unlike lapis lazuli, sodalite very rarely contains brassy pyrite specks, and has a lower specific gravity. Sodalite may contain white streaks of the mineral calcite and can be carved for use in jewellery. Dyed sodalite is a good simulant for lapis lazuli and sometimes cannot be differentiated with visual observation.

Sodalite is usually found as masses in igneous rocks. Crystals are very rare, but twelve-sided crystals have been found in the lavas of the volcano Vesuvius in Italy, although they are too small to be used in jewelry. Other localities include Brazil, Canada, India, Namibia, and the USA.

The most important commercial source of sodalite is Bancroft in Ontario (Canada). It was discovered during a royal visit by Princess Margaret of England. For this reason, sodalite from Bancroft is sometimes called Princess Blue. 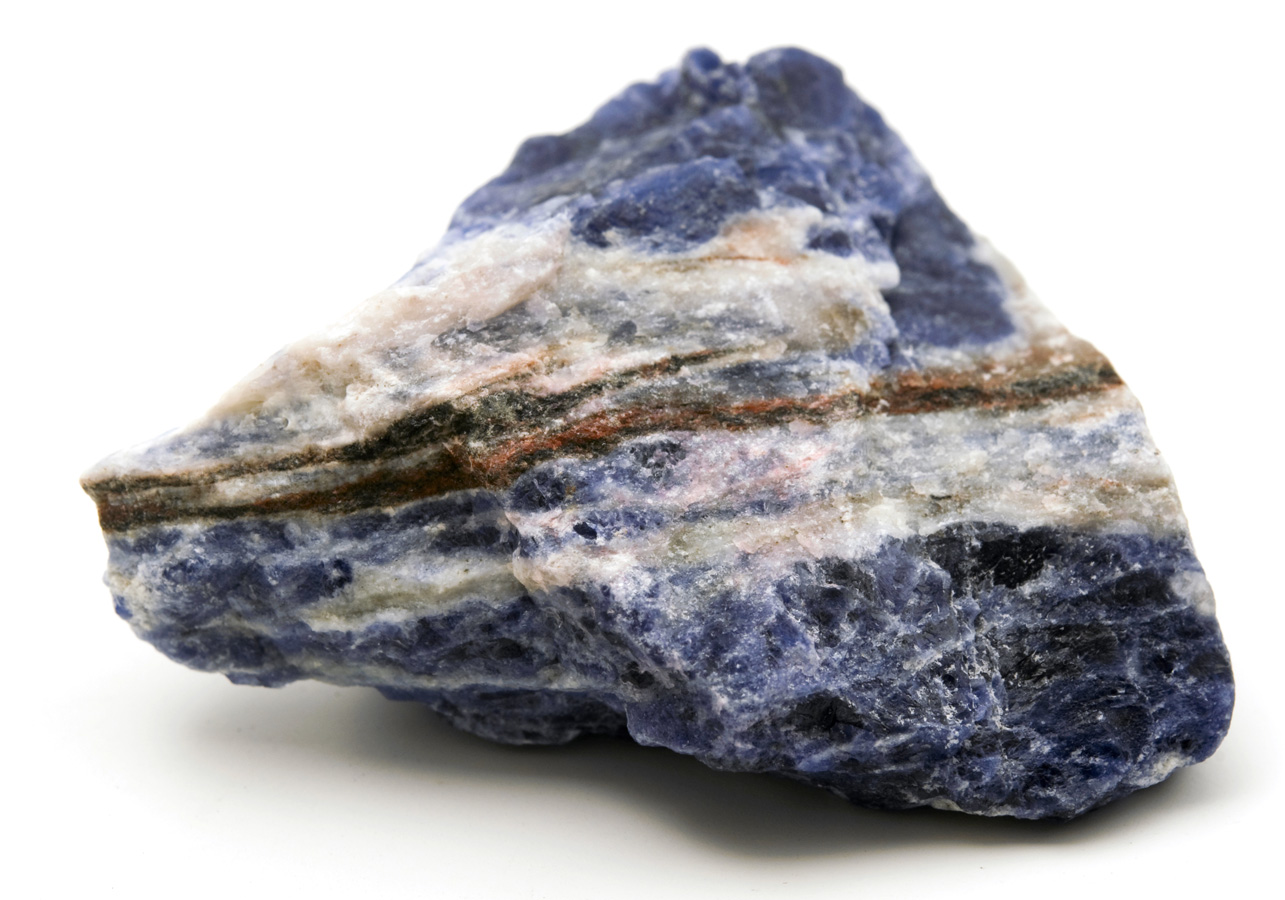