Agate occurs in nodular masses in rocks such as volcanic lavas. When split open, they reveal a fantastic variety of colors and patterns, and a distinct banding that distinguishes agate from other types of chalcedony (the compact, micro-crystalline variety of quartz). Band colors are determined by the differing impurities present, although, being porous, agate is usually dyed or stained to improve the natural color.

Agate also occurs in several distinct forms. Fortification agate has angularly arranged bands resembling an aerial view of the fortress. Moss agate (or mocha stone) is translucent and colorless, white or grey, with dark, moss or tree like (dendritic) inclusions. It is almost always cut as thin slabs, or polished as ornaments, brooches or pendants. Agatized wood is fossilized wood which has had its organic matter replaced by agate.

One of the most famous area for agates is Idar-Oberstein in Germany, where agate has been collected since 1548. It now imports agates from the huge deposits in Uruguay and Brazil. Moss agate occurs in India; also China and the USA. The most famous agatized wood is found in the Petrified Forest in Arizona (USA). Agates are also found in Mexico, Madagascar, Italy, Egypt, India, China and Scotland. 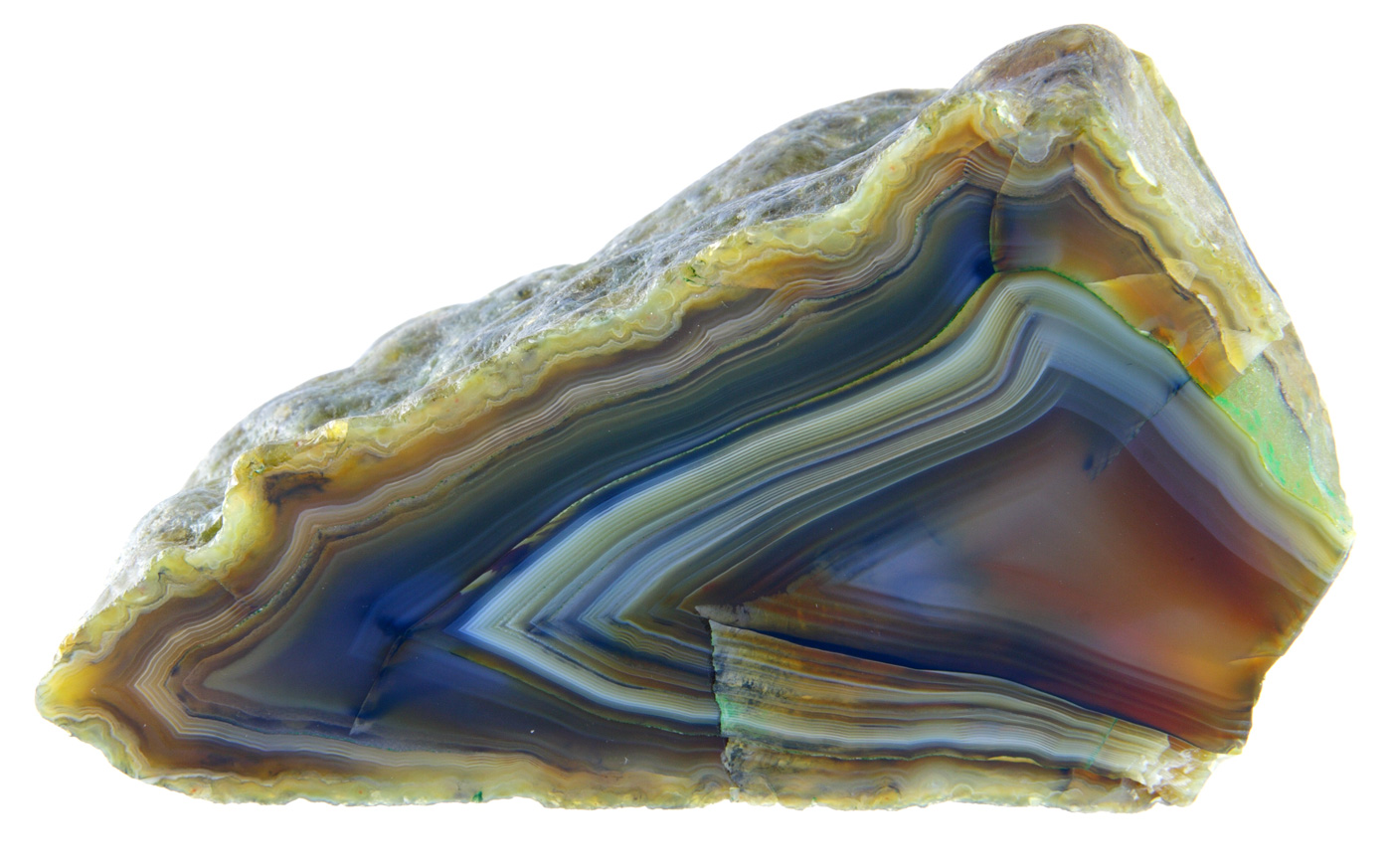