Topaz occurs in a range of different colors: deep golden yellow topaz (sometimes called sherry topaz) and pink topaz are the most valuable; blue and green stones are also popular. Natural pink stones are rare – most pink topaz is heat-treated yellow material. Much colourless topaz is irradiated and heat-treated to a range of blues, some almost indistinguishable from aquamarine when seen with the naked eye. Some topaz has tear-shaped cavities, containing a gas bubble or several immiscible (non-mixing) liquids. Other inclusions such as cracks, streaks, and veils also occur. Prismatic topaz crystals have a characteristic lozenge-shaped cross-section and striations parallel to their length. Topaz has one perfect cleavage.

Topaz occurs in igneous rocks such as pegmatites, granites, and volcanic lavas. It may also be found in alluvial deposits as waterworn pebbles. Localities include Brazil, United States, Sri Lanka, Burma, the former USSR, Australia, Tasmania, Pakistan, Mexico, Japan and Africa. Brazil, Pakistan and Russia are sources of pink topaz.

In the 17th century the Braganza diamond (1,640 carats) in the Portuguese crown was thought to be the largest diamond ever found. This was never confirmed and it is now believed to have been a colorless topaz. The name “topaz” is thought to be derived from the Sanskrit word “tapas”, meaning fire. 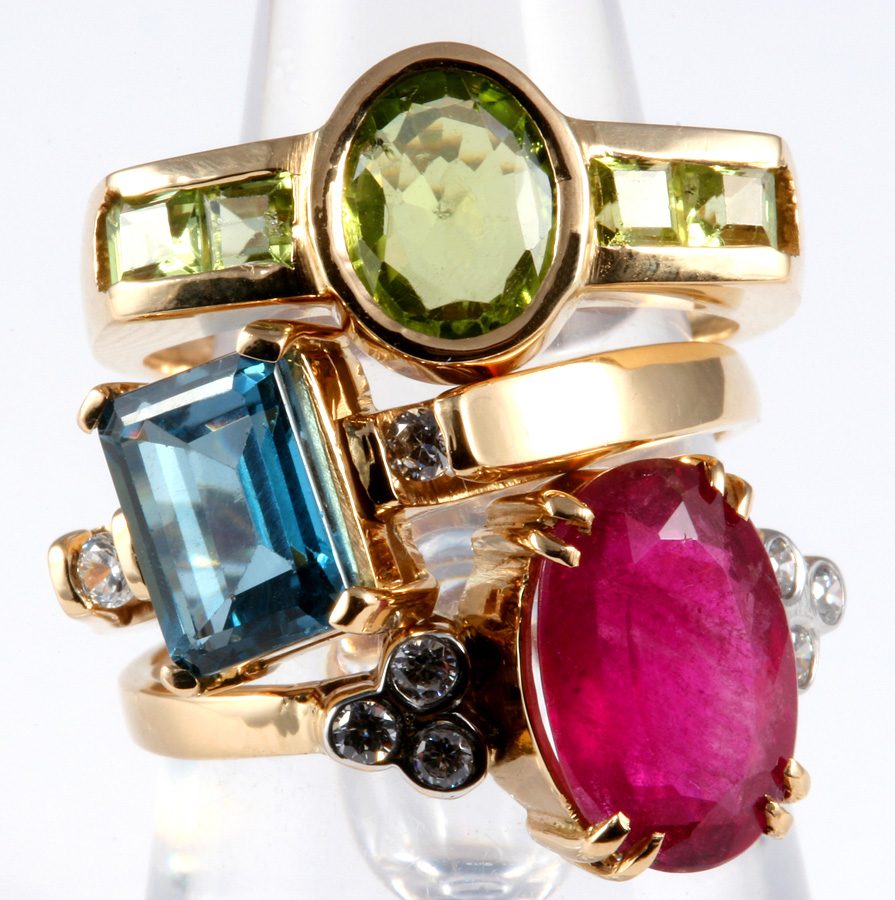