A form of alkali feldspar, microcline may be colourless, white, yellow, pink, red, grey, green or blue-green. However, the semi-opaque, blue-green variety called amazonite (named after the Amazon River) is most commonly used in jewellery, and may be cut, usually in cabochon, up to almost any size. Its striking colour is a due to the presence of lead.

The most important source of amazonite is in India. Other localities include United States, Canada, the former USSR, Madagascar, Tanzania and Namibia.

Although microcline has the same composition as orthoclase, its crystal structure is triclinic. 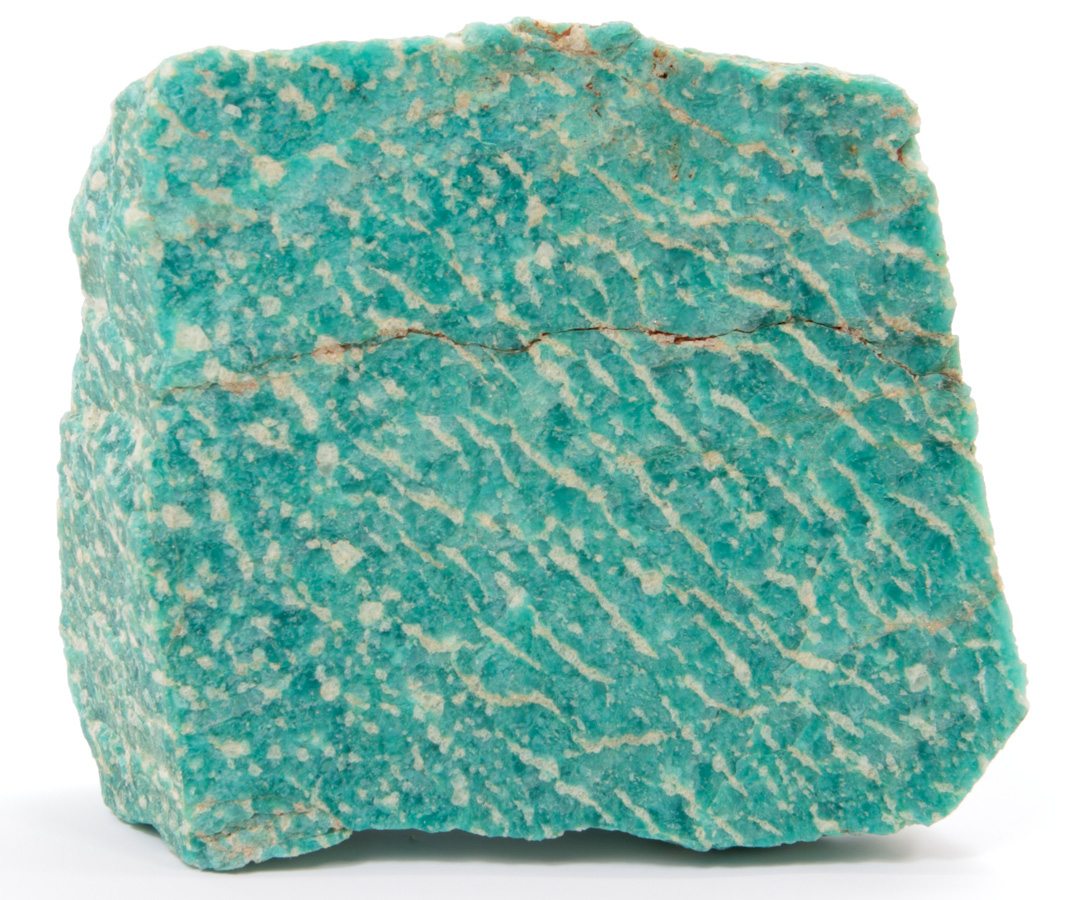 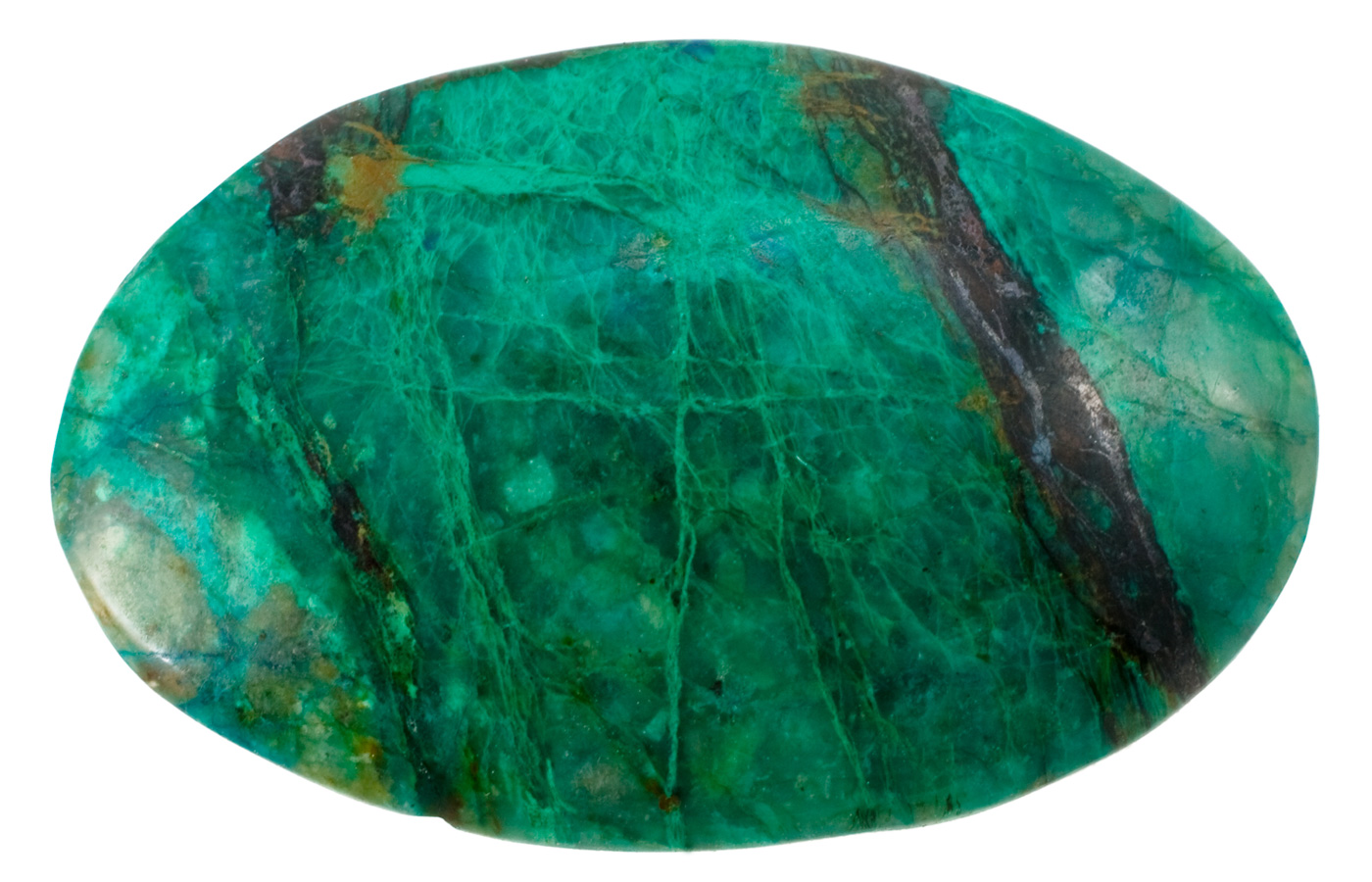 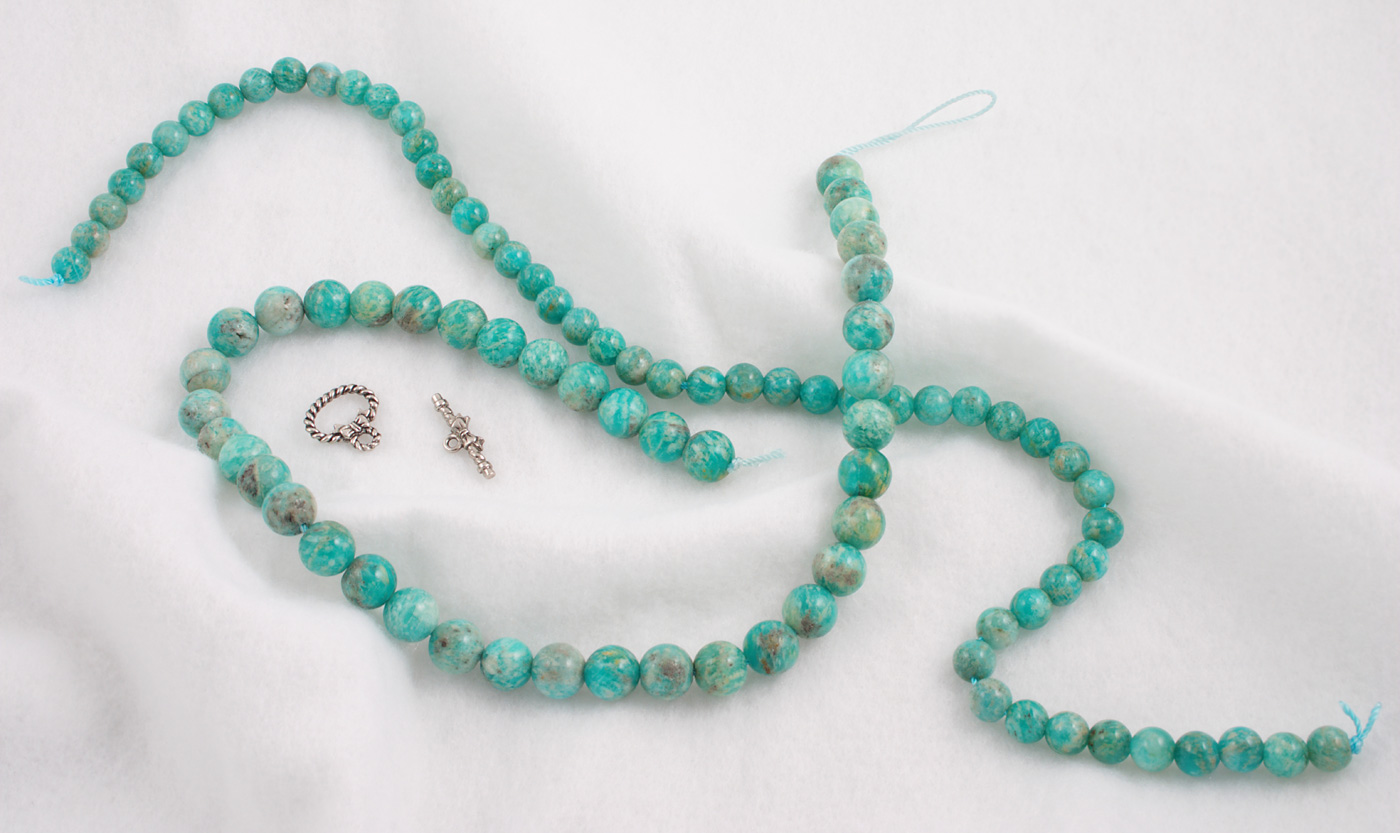