The name pyrite comes from the Greek word pyr, meaning fire, since sparks are caused if pyrite is struck with a hammer.

With its brassy yellow color, pyrite is often mistaken for gold (hence its other name is fool’s gold). It occurs as cubes, or as “pyritohedra”, which have twelve faces, each with five edges. Pyrite has been used in jewelry for thousands of years, and examples from the ancient civilization of the Greeks, Romans, and Incas have been found. Today it is used mainly in costume jewelry, but is brittle and requires careful cutting. 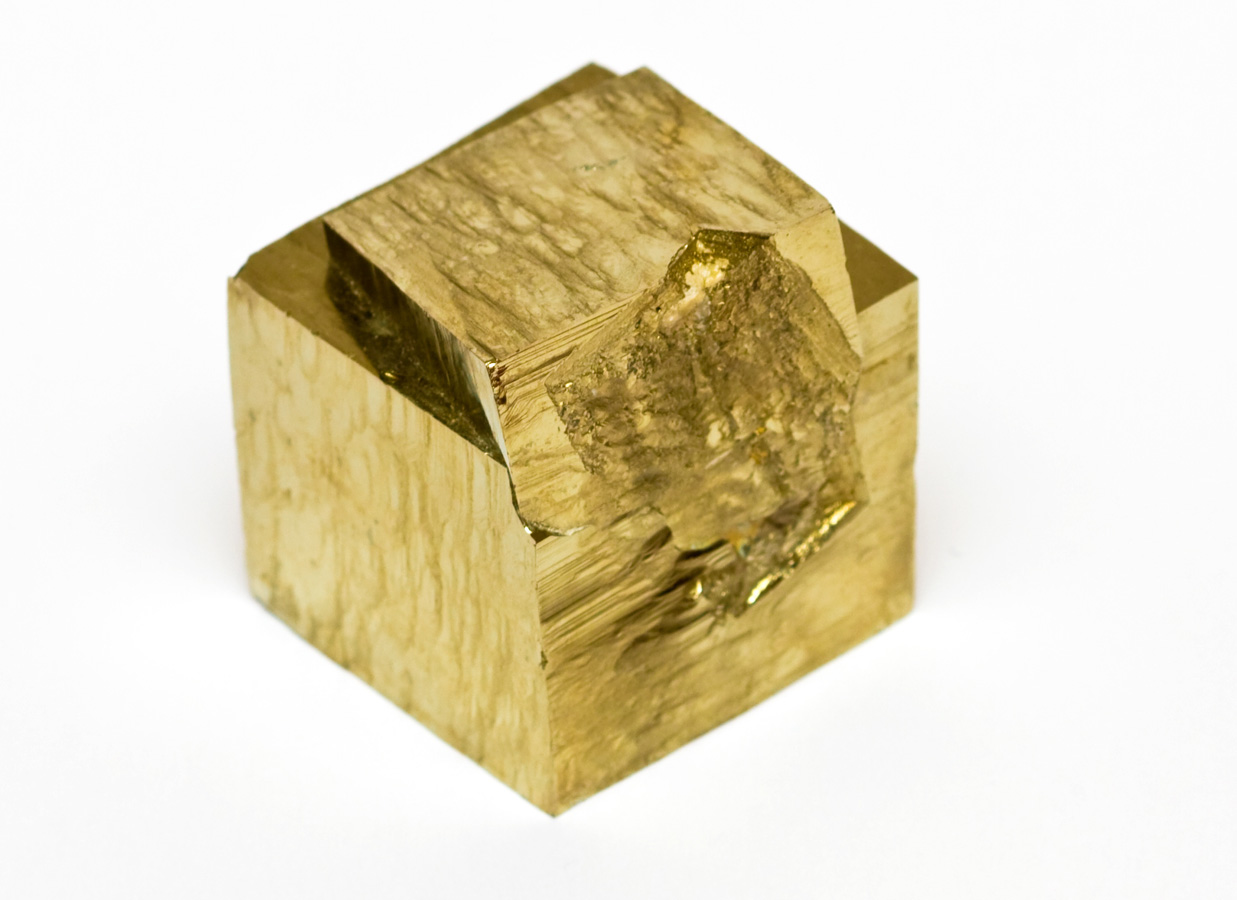 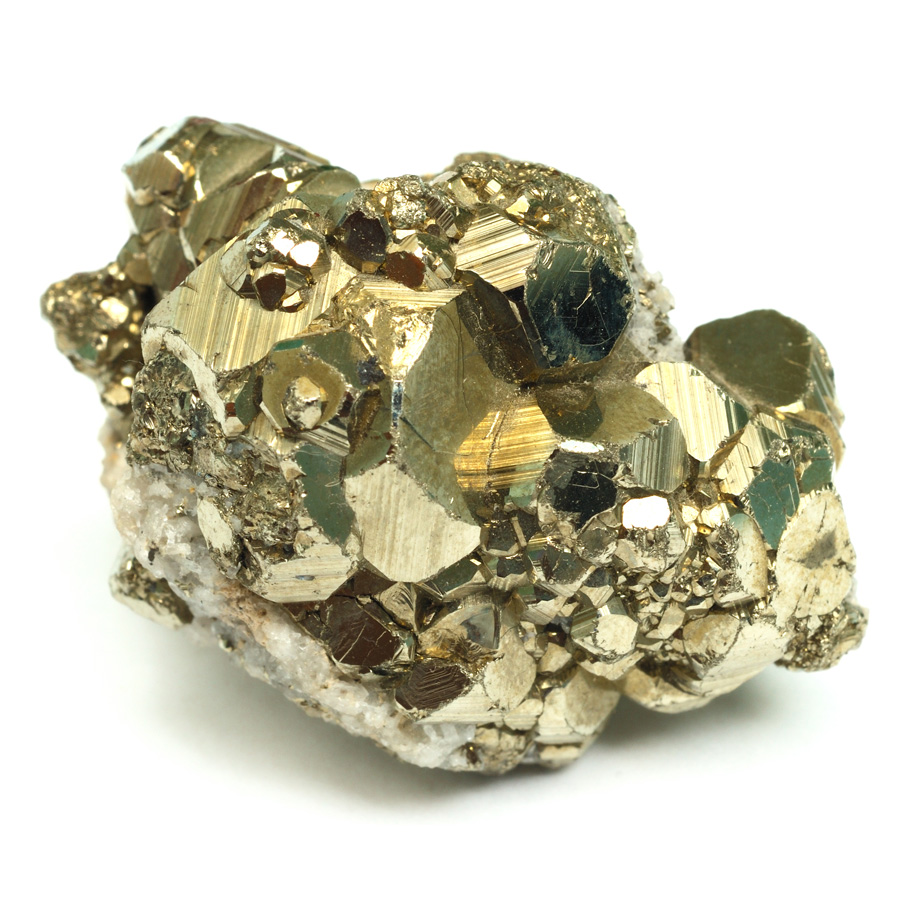 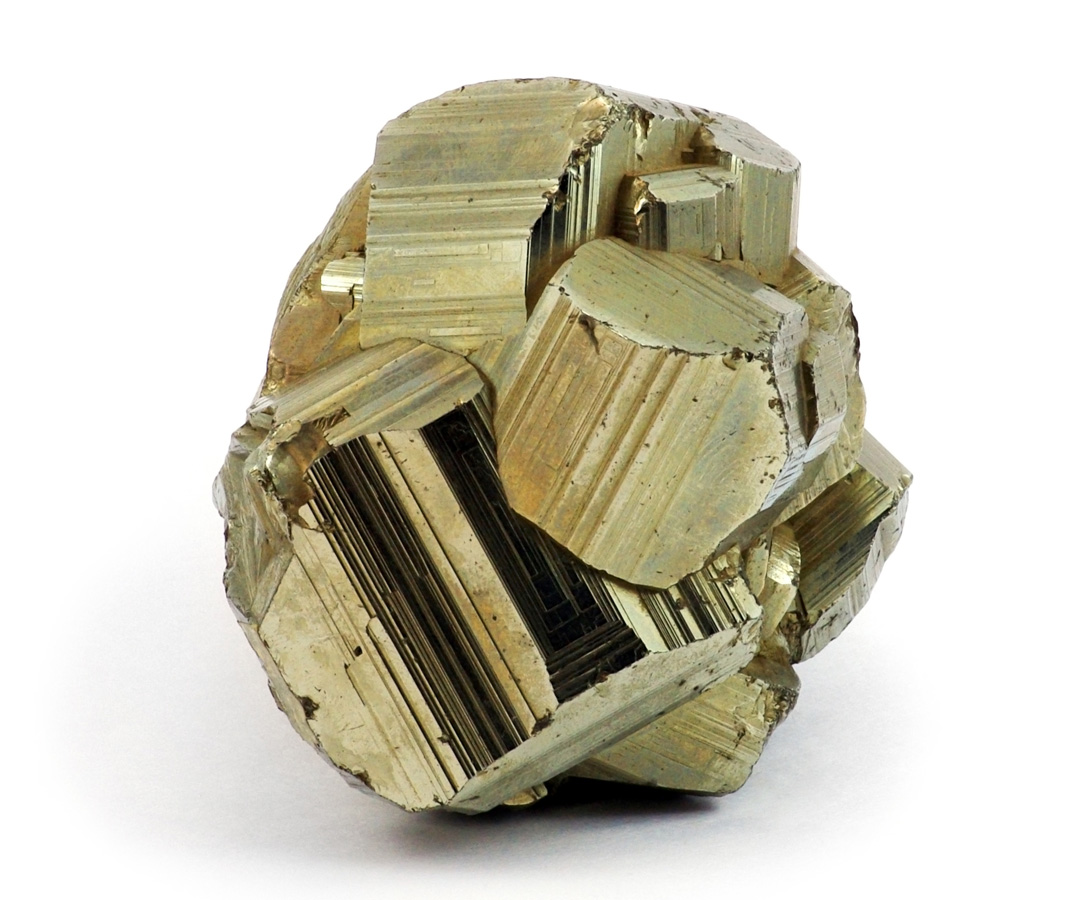