Opal is  mineraloid gel, usually containing 5 – 10 percent water. It is therefore non-crystalline, unlike most other gemstones, and may eventually dry out and crack. There are two varieties: precious opal, which shows flashes of colour (iridescence), depending on the angle of viewing; and common or “potch” opal, which is often opaque and displays no iridescence.

The iridescence of precious opal is caused by the way the structure, a regular arrangement of tiny silica spheres, diffracts light – the larger the spheres, the greater the range of colours. Opals are found in almost all colors. Opals having play of color are mostly sought by gem industry.

Opal fills cavities in sedimentary rocks, or veins in igneous rocks. It forms stalagmites or stalactites, and replaces organic material in fossil wood, shell, and bone. Australia has been the main producer of opals since the 19th century. Other localities include Czechoslovakia, United States, Brazil, Mexico, and Southern Africa.

Opals have been imitated by Slocum stone, a tough, man-made glass, and in 1973 Gilson made an imitation opal in the laboratory. 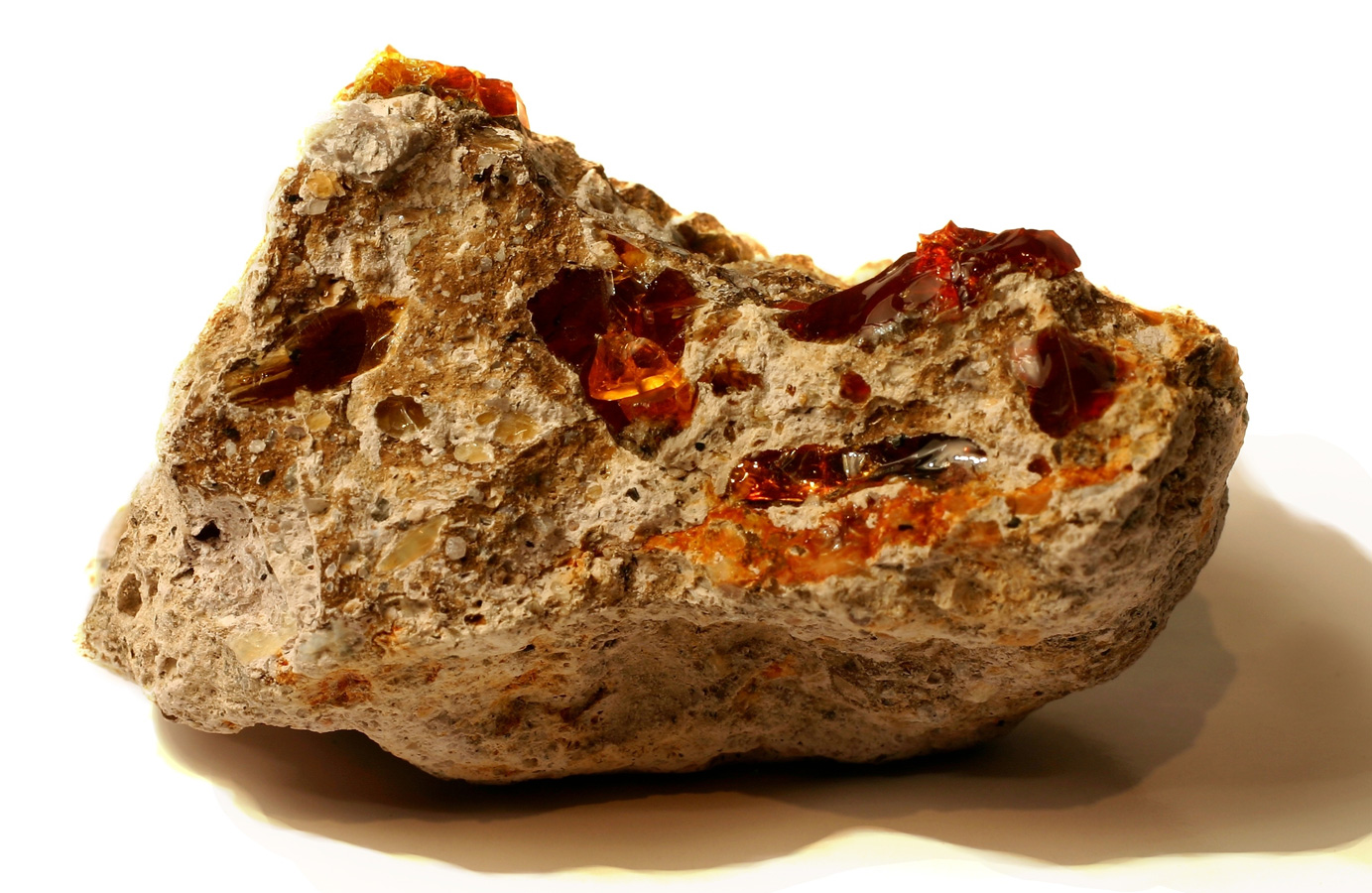 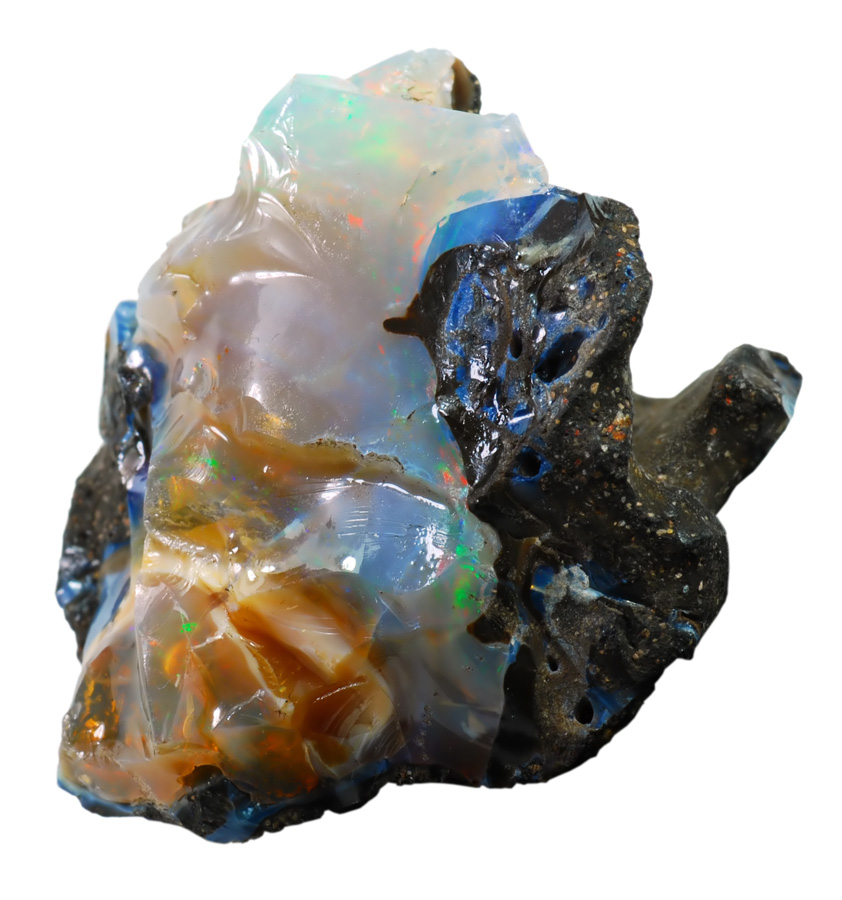 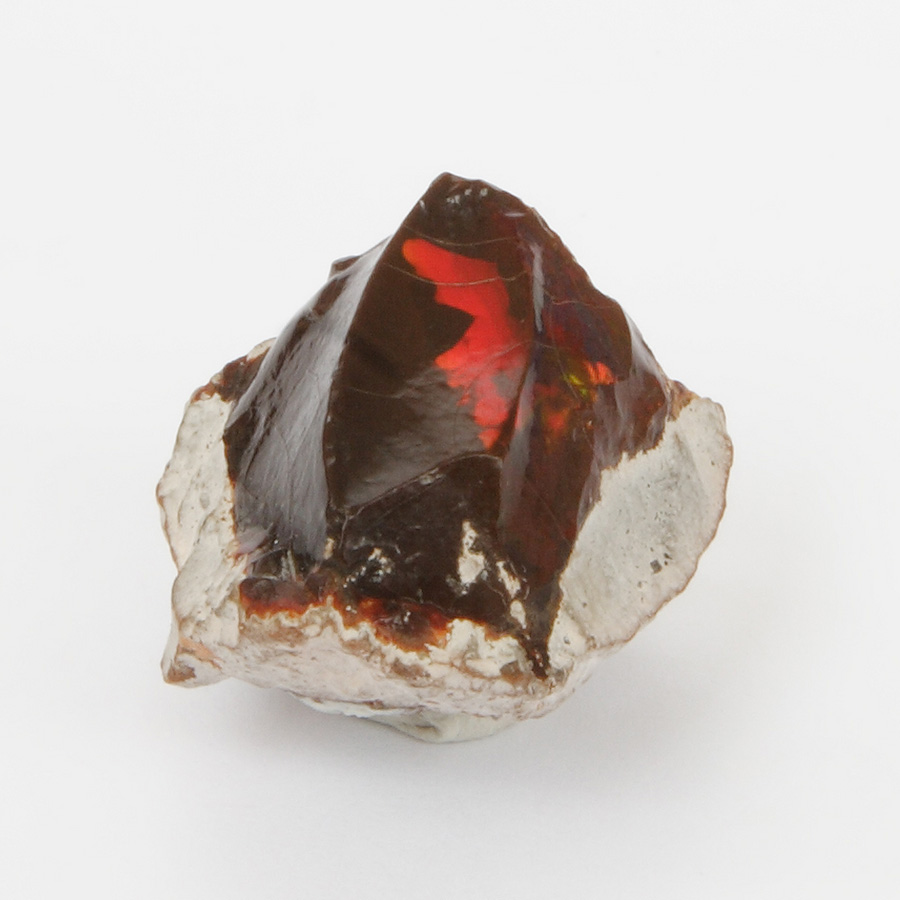 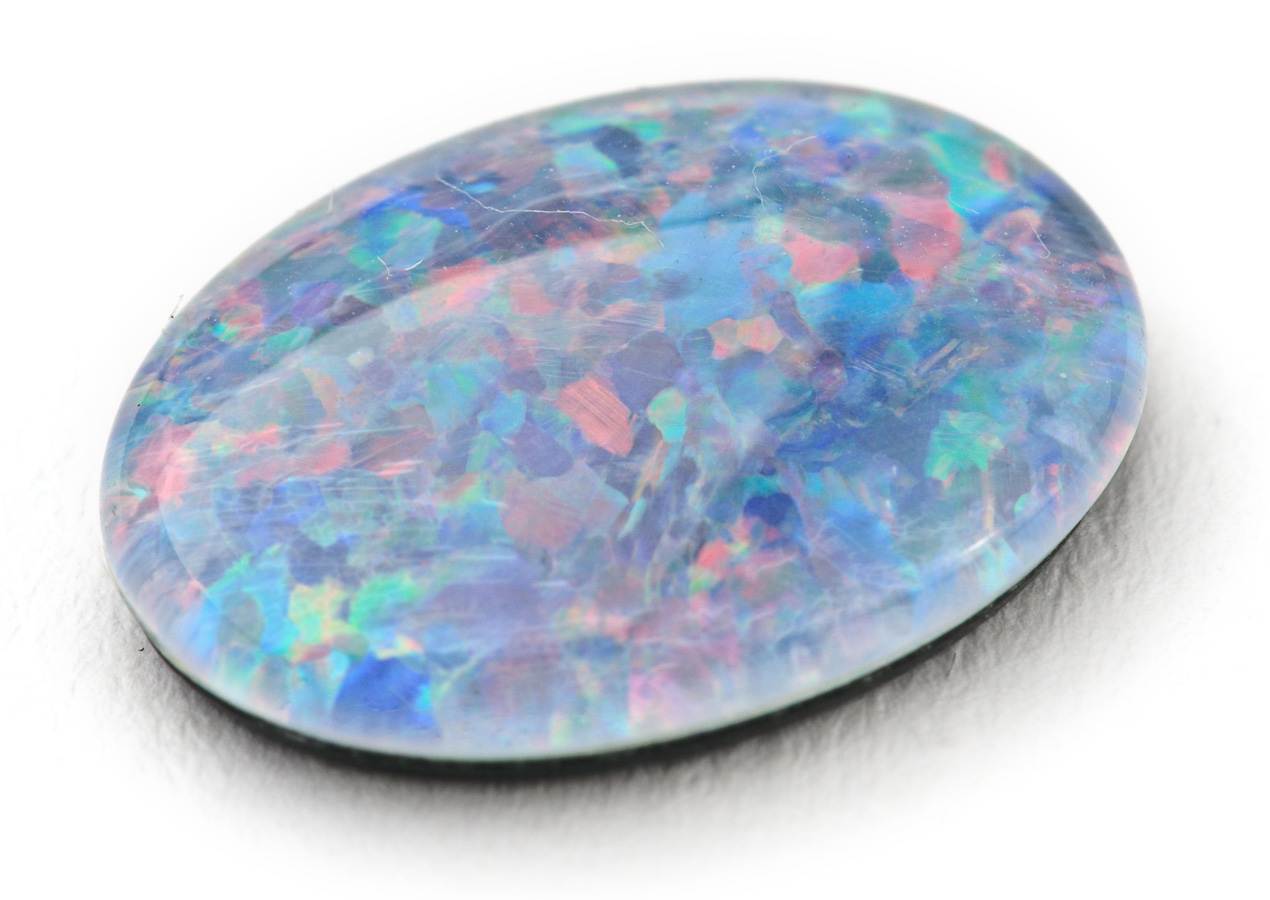