Alexandrite is composed of beryllium aluminium oxide. It has two types of variants. One shows color changing effect while other exhibits cat’s eye effect.

It is named after the Russian tsar Alexander II (1818-1881), the very first crystals having been discovered in April 1834 in the emerald mines near the Tokovaya River in the Urals. The discovery was made on the day the future tsar came of age. Although alexandrite is a relatively young gemstone, it certainly has a noble history. Since it shows both red and green, the principal colours of old Imperial Russia, it inevitably became the national stone of tsarist Russia.

Beautiful alexandrite in top quality, however, is very rare indeed and hardly ever used in modern jewellery. In antique Russian jewellery you may come across it with a little luck, since Russian master jewellers loved this stone. Tiffany’s master gemmologist George Frederick Kunz (1856-1932) was also fascinated by alexandrite, and the jeweller’s firm produced some beautiful series of rings and platinum ensembles at the end of the 19th and beginning of the 20th century. Smaller alexandrites were occasionally also used in Victorian jewellery from England. 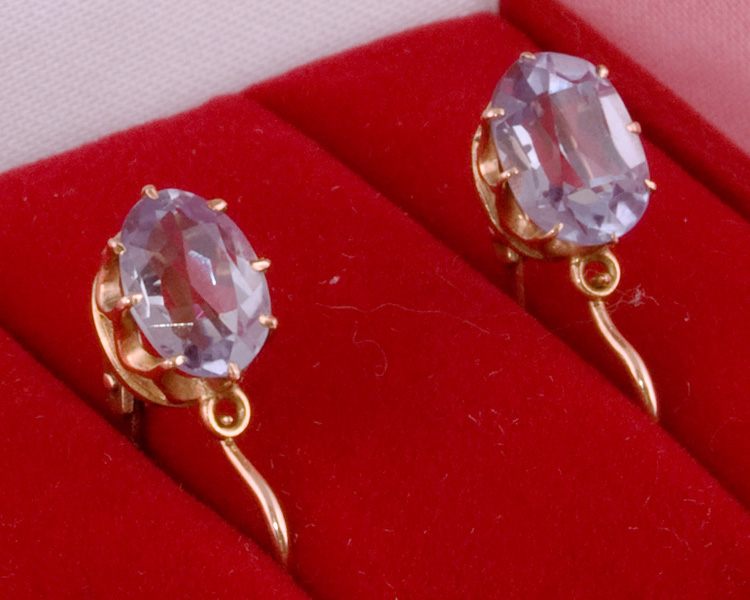