20 Popular Gemstones for Engagement Rings Besides Diamonds In 2019 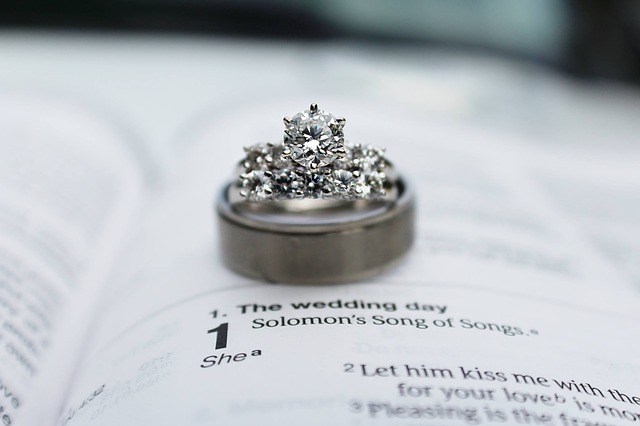 Choosing the right stone for your engagement ring is important, because it will stay on for a lifetime. Diamond is special, but it is very rare and expensive. Instead, you can try these lovely options that would look great too. In this post, we offer you twenty alternative options.

One of the most attractive stones is turquoise, a mild, radiant stone that suits the occasion very well. The turquoise color resonates simplicity and the light mood for the occasion. Turquoise jewels are famous in several regions, such as in Anatolia, where the stone is quite appreciated. A gift of turquoise can look pleasant and soothing at all times.

Red is the color of love, and rubies are rare gems that all lovers appreciate. With a ruby, you will essentially be providing a blood red connection. If you can choose the right set to accompany the gem, it turns out to be even better! In some cultures, the ruby is seen as a gem of love and warmth, which connects people, so this is of course, a great choice.

Sapphire is another soothing stone, and a darker variant of the simplicity in turquoise. This type is generally associated with people born in September and is a conundrum variety which is found naturally. Sapphire is often used as a gift in multiple occasions, especially owing to the fine shine and luxurious appeal attached to it.

If you do not disagree with the statement that blue is the warmest color, aquamarine is a great choice among blue gems. This gem has a very faint light green tint, but it is heavily blue, and appears like water. It has one of the most stunning appearances in this list, and perfectly suits the requirements of a special ring.

Associated with the zodiac sign Libra and the month of October, opal easily makes it to the list of luxurious gems. This stone radiates color and has an amorphous character. It is known that opal contains small amounts of water. One of the most useful choices offered by opal is the variety of color. You really get to choose the shade you like and the one which defines the identity of your relationship best.

The majestic pearl needs no introduction and definitely no justification for appearing on this list. It is available in Black, White, Purple, Grey, Brown, Yellow, Pink, Green, Orange and Blue. White is the most preferred color for the pearl, as it expresses the purest and most natural form of beauty. Try this gem for a brilliant expression of love.

Morganite is referred to as the diamond’s ultimate alternative to the luster and shine provided by this ring. It is sharp, bright and radiant, and it echoes a certain amount of finesse. It is popularly used for engagement rings, so you wouldn’t be isolated in your choice. It is also much cheaper than diamond! Its mineral class is Beryl.

Garnets form a group consisting of only silicate minerals which have been used since the Bronze Age as abrasives and gemstones. The color of garnets is generally dark red, so it is a lovely choice and a precious representation of the color of the human heart. You can have it put in a frame of your choice. Start now by taking a look at a Pear Diamond Engagement Ring.

Moissanite is the perfect representation of a starry sky with a diamond flash. It was discovered by a French scientist named Henri Moissan, who would later be awarded with the Nobel Prize in Chemistry. The stone has been named after him. Apart from fitting engagement rings fairly well, the moissanite stone is a great alternative to the expensive diamond.

Tourmaline is a priceless gem. It can be found in almost all colors in the rainbow and happens to be very versatile and beautiful. In most cases, Tourmaline is marketed in long slender shaped stones owing to the make of the raw material for it.

Lapis lazuli or lapis, as it is referred to as, is a deep blue stone. It has always been a source of fascination for the human eye and has been honored for its rich color since antiquity. Lapis lazuli remains fairly common till this day. It is used on necklaces, rings and much more, which make it a sought-after stone.

Onyx is different and interestingly so. While all the other stones offer plain singular colors that keep them more or less in the identity of simple gemstones, onyx is an artist’s choice. It has bands, which range from white to almost all known colors, making this gemstone a popular choice.

Associated with the month of December, tanzanite is another addition to the long list of blue gems on this list. It also has traces of the color violet, which provide it a polished and dignified appeal. If you want to use this on your engagement ring, tanzanite has a radiant glow which makes it noticeable. It is also a very beautiful gemstone, so that makes it an easy choice for you.

The color of sodalite radiates luxury. It is rich, royal and deep, which make this stone another popular choice to the aesthete’s eye. Using this as a token of love is significant, as it symbolizes a deep sense of connection. The stone appears quite often as a supporting gem to many precious pieces of jewelry. Give it an individual role on the ring, and sodalite will do wonders to the spirit of your relationship.

Amethyst is basically a violet colored variant of quartz. The Greeks believed that the amethyst protected its owner from drunkenness. Amethyst is crystalline in nature, and this let early people imagine that it was synonymous to luxury. It adorned palaces and prince’s chambers, while being a stone associated with soothing and nobility. This is something that would definitely charm the relationship.

Labradorite is a pearly looking glassy stone which has a large variation of colors. It is available in a range of colors, but what makes it stand apart is the fact that the stone appears to paint a pretty picture. Its beautiful deformities form patterns that appear like shapes and images within the gemstone.

The colors of sunstone are red, brown, orange and yellow, which define how it was named. Sunstone is lovely and mild, and it radiates warmth. Though not too deep in color, its mild appearance can have a soothing effect, much like its stunning beauty.

An emerald green offshoot of the garnet group, tsavorite should happen to be one of your favorites if you are looking for something with a certain amount of taste. Tsavorite appears in a crude rock, but its form is plainly distributed, giving it a level of perfection that few could miss.

Peridot has a very interesting color – it is olive green and has a diamond appearance. It is often associated with the zodiac Leo and the month associated is August. Peridot is rare, and it is often confused with an emerald, but it has a wonderful effect.

Topaz is associated with the month of November and with the zodiac Scorpio. Blue, Yellow, Green, White, Red, Purple, Brown, Orange, Grey and Pink are the colors in which topaz is available. Topaz is named from the Greek “topazion” and its significance as a material of choice among both jewel owners and jewelers is well experienced.

These gems are lovely for your engagement ring. All you must do is have them encased in a design of your choice and you’re good to go! Have a lovely time working on the plan!